, /PRNewswire/ -- (NYSE: DPZ), the largest pizza company in the world based on global retail sales, is launching yet another delivery revolution. Starting today, over 150,000 Domino's Hotspots are now active nationwide so that customers can receive delivery orders at spots that don't have a traditional address – places like local parks, sports fields and beaches, as well as thousands of other unexpected sites. Local Domino's stores around the country have selected these Domino's Hotspots, which are now locations where drivers can meet customers curbside to hand off orders.

"We listened to customers and their need for pizza delivery to locations without a traditional address," said , president of Domino's . "We know that delivery is all about convenience, and Domino's Hotspots are an innovation that is all about flexible delivery options for customers."

Domino's Hotspots are online-only for prepaid orders on dominos.com and in mobile apps. Once a customer's location has been determined, local Domino's Hotspots that are available for delivery will appear on a map for customers to select. Before checking out, customers can leave instructions to help the driver find them.  After completing their order, customers will receive text message alerts about their Domino's Hotspot delivery progress, including a final text that gives the estimated arrival of the driver at the hand-off spot.

"Now customers spending time at some of our new Domino's Hotspots locations, like of Dreams in or even next to the James Brown statue in , can have a pizza conveniently delivered to them, thanks to our innovative Domino's Delivery Hotspots," continued Weiner.

Customers can check out Domino's Delivery Hotspot locations in their area by going to the locator page at  dominos.com. For more information, visit dominos.com/hotspots.

About ®
Founded in 1960, is the largest pizza company in the world based on retail sales, with a significant business in both delivery and carryout pizza. It ranks among the world's top public restaurant brands with a global enterprise of more than 14,800 stores in over 85 markets. Domino's had global retail sales of over in 2017, with more than in the U.S. and more than internationally. In the fourth quarter of 2017, Domino's had global retail sales of nearly , with nearly in the U.S. and over internationally. Its system is comprised of independent franchise owners who accounted for over 97% of Domino's stores as of the fourth quarter of 2017. Emphasis on technology innovation helped Domino's achieve more than half of all global retail sales in 2017 from digital channels, primarily online ordering and mobile applications. In the U.S., Domino's generates over 60% of sales via digital channels and has produced several innovative ordering platforms, including Google Home, Facebook Messenger, Apple Watch, Amazon Echo, Twitter and text message using a pizza emoji. In late 2017, as part of an industry-first collaboration with , Domino's began a meaningful test of delivery using self-driving vehicles. 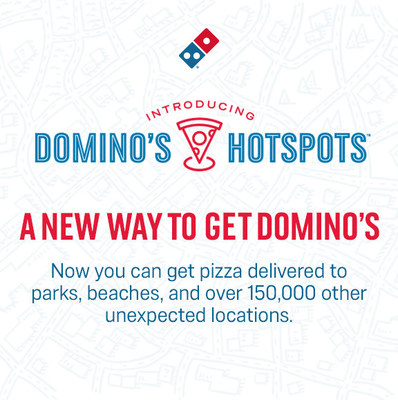