, /PRNewswire/ --  (NYSE: DPZ), the recognized world leader in pizza delivery and digital ordering platforms, has updated its Google Home ordering so that any customer can start a new order, without the need for a Pizza Profile, for a custom-built pizza, as well as any other item from the menu. Domino's is the first to offer voice assistant ordering with this level of customization. 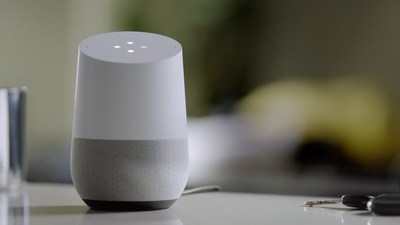 "The Google Assistant on Google Home is the second full-ordering platform to launch on Domino's lineup of AnyWare ordering capabilities this year," said , Domino's senior vice president – chief digital officer. "Our in-house technology team has created a simple and convenient ordering experience that is now open to everyone, not just those who have a saved account."

Anyone can place an order for Domino's with the Google Assistant on Google Home by saying, "OK Google, order Domino's." Dom, Domino's voice ordering assistant, will then guide the customer through the ordering process using natural-language ordering technology. Voice assistant technology isn't the only fun part of ordering either. Customers who ask for a deal can receive 20 percent off every menu-priced item in their order.

Customers are also able to track their order progress with Domino's Tracker®. To find more information about Google Home ordering, as well as details on all of the AnyWare ordering platforms, including Twitter, text, smart TV, Amazon Echo, Facebook Messenger and more, visit anyware.dominos.com.

About ®
Founded in 1960, is the recognized world leader in pizza delivery, with a significant business in carryout pizza. It ranks among the world's top public restaurant brands with a global enterprise of more than 13,800 stores in over 85 markets. Domino's had global retail sales of nearly in 2016, with more than in the U.S. and more than internationally. In the fourth quarter of 2016, Domino's had global retail sales of nearly , with over in the U.S. and over internationally. Its system is comprised of independent franchise owners who accounted for over 97% of Domino's stores as of the fourth quarter of 2016. Emphasis on technology innovation helped Domino's reach an estimated in global digital sales in 2016, and has produced several innovative ordering platforms including Google Home, Facebook Messenger, Apple Watch, Amazon Echo, Twitter and text message using a pizza emoji. In late 2015, Domino's announced the design and launch of the DXP®, a purpose-built pizza delivery vehicle, as well as Piece of the Pie Rewards™, its first digital customer loyalty program.

To view the original version on PR Newswire, visit:http://www.prnewswire.com/news-releases/dominos-makes-ordering-from-google-home-even-easier-300416393.html