, /PRNewswire/ --  (NYSE: DPZ) today announced that has informed the Board of Directors of his intention to retire from the Company. will continue to serve as Chief Executive Officer through and will remain on the Domino's Board of Directors until the Company's 2022 Annual Meeting of Shareholders on . The Board has appointed , Domino's Chief Operating Officer and President – Domino's , to succeed as the Company's next CEO, effective . will stand for election to the Board at the upcoming Annual Meeting of Shareholders. will continue to provide his guidance and expertise to the Company in an advisory capacity until he retires from Domino's on . In connection with today's announcement, will transition from Chairman of the Board to the newly established position of Executive Chairman, effective . 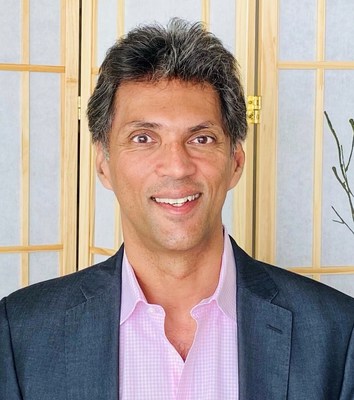 has served as Chief Operating Officer and President – Domino's since . In this role, has overseen the business for Domino's, as well as the global centers of excellence teams responsible for marketing, operations, store growth and development, franchise relations, analytics and insights and e-commerce. Since joining Domino's as Executive Vice President – Chief Marketing Officer in 2008, he has been integral to driving results in the During Mr. Weiner's tenure, the Company's annual retail sales have grown from approximately to more than . In addition, digital mix has grown from 11.5% of sales to more than 75%, store count has grown over 25% and Domino's U.S. market share of QSR pizza has more than doubled. also led the Company's Pizza Turnaround campaign, central to the success of the Domino's brand.

said, "Serving at Domino's for more than a decade, including the last four years as CEO, has been the privilege of a lifetime. During that time, we and our franchises have achieved tremendous growth and today the Domino's brand is as strong as ever. While there is much that I will remember fondly, I am most proud of the culture that ties us all together – the "sauce in our veins" that makes Domino's so special. Domino's has the best franchisees in the world and I am grateful for them, along with our incredible store managers, and team members. With Russell as CEO and with the addition of Sandeep as CFO, supported by the rest of our leadership team, I am comfortable and confident stepping aside, knowing that Domino's has strong leaders who are passionate and committed to our business. I look forward to watching the Company continue to grow under their guidance."

commented, "We are fortunate to have a talented and experienced leader like Russell to move into the CEO role. Russell's strategic and operational capabilities have been demonstrated consistently over his many years of service to our company. He has played a pivotal leadership role in driving innovation and transforming many aspects of the Domino's brand during his tenure, including reinventing Domino's menu and advertising. He has a passion for our brand and company and a vision for our continued expansion and success worldwide. As we enter a new phase of growth for the Company, we believe Russell's energy, inspirational leadership style and earned respect of our Team Members and Franchisees make him the right choice to take Domino's forward."

added, "On behalf of the Board and the Company, I want to thank Ritch for his many contributions to Domino's. Ritch's dedication to the Company is second to none, and throughout his tenure as CEO, he has been a force for positive change in all aspects of the organization. This includes opening approximately 4,000 new stores, expanding the brand to over 90 global markets, and increasing global retail sales by over . Domino's is well positioned as we enter this next phase of growth. We appreciate Ritch's continued involvement as an advisor as we ensure a smooth transition."

said, "I am honored to lead this great company and brand that I love. Domino's became the #1 pizza company in the world through a relentless focus on our customers and every aspect of their pizza experience. That focus is as strong as ever and I am excited to work with our talented leaders, team members and franchisees to deliver the next phase of Domino's growth. I thank Ritch for his leadership and collaboration and look forward to working with him to ensure a seamless transition."

In addition, the Company announced that has been appointed as Domino's next Chief Financial Officer, effective .

As CFO of Six Flags, led the company's emergence from the pandemic with strong financial results in 2021 and also served as a strategic thought partner to the CEO and the leadership team in strategy development. Prior to that, as CFO of Guess?, Inc., , along with the management team, led a turnaround of financial results with strong improvement in revenue, profitability, and shareholder value.

concluded, "Sandeep is a proven executive who brings nearly three decades of global leadership experience in consumer facing businesses. His financial acumen and expertise in operations, strategy, technology and management make him a natural choice to serve as our next CFO. Ritch and Russell partnered well together in the recruitment and selection of Sandeep, and together with the Board, we are confident that Sandeep will be integral in helping Russell and the rest of the Leadership Team drive continued growth and success for Domino's into the future."

said, "I have had the privilege of working with many great brands over my career and I am thrilled with this opportunity to now work with what I believe is a truly iconic global brand with enormous growth potential. With the strong financial foundation and talented leadership team already in place at Domino's, I am confident in the Company's prospects for continued value creation and look forward to partnering with Russell and the Leadership Team as we chart our roadmap for the journey ahead."

has served as Chief Operating Officer and President – Domino's since . was first named to the newly-created position of Chief Operating Officer and President of the in . Prior to becoming Chief Operating Officer, served as president of Domino's from to , after joining the company as Executive Vice President – Chief Marketing Officer in 2008. Since joining Domino's as Executive Vice President – Chief Marketing Officer in 2008, he has been integral to driving results in the During Mr. Weiner's tenure, the Company's retail sales have grown from approximately to more than . In addition, digital mix has grown from 11.5% of sales to more than 75%, store count has grown over 25% and Domino's U.S. market share of QSR Pizza has more than doubled. Weiner also led the creation of the "pizza theater" store design, the development of a new logo for the brand and oversaw the creation of the DXP pizza delivery vehicle.

Prior to joining Domino's in 2008, led the marketing for Pepsi's North American cola business. also serves on the board of directors of The Clorox Co. earned a Bachelor of Arts in government from , and an MBA in marketing and international business from  .

Founded in 1960, is the largest pizza company in the world, with a significant business in both delivery and carryout pizza. It ranks among the world's top public restaurant brands with a global enterprise of more than 18,800 stores in over 90 markets. Domino's had global retail sales of nearly in 2021, with over in the and over internationally. In the fourth quarter of 2021, Domino's had global retail sales of over , with over in the and nearly internationally. Its system is comprised of independent franchise owners who accounted for 98% of Domino's stores as of the end of the fourth quarter of 2021. Emphasis on technology innovation helped Domino's achieve more than half of all global retail sales in 2021 from digital channels. In the , Domino's generated more than 75% of retail sales in 2021 via digital channels and has developed several innovative ordering platforms, including those for Google Home, Facebook Messenger, Apple Watch, Amazon Echo, Twitter and more. In 2019, Domino's announced a partnership with Nuro to further its exploration and testing of autonomous pizza delivery. In mid-2020, Domino's launched a new way to order contactless carryout nationwide – via Domino's Carside Delivery®, which customers can choose when placing a prepaid online order.

Statements in this press release that are not strictly historical in nature constitute "forward-looking statements" within the meaning of the Private Securities Litigation Reform Act of 1995. These statements involve significant risks and uncertainties and you should not place considerable reliance on such statements. Important factors that could cause actual results to differ materially from our expectations are more fully described in our filings with the , including under the section headed "Risk Factors" in our Annual Report on Form 10-K for the fiscal year ended . All forward-looking statements speak only as of the date hereof and should be evaluated with an understanding of their inherent uncertainty. Except as required under federal securities laws and the rules and regulations of the , or other applicable law, we will not undertake, and specifically disclaim, any obligation to publicly update or revise any forward-looking statements to reflect events or circumstances arising after the date hereof, whether as a result of new information, future events or otherwise. You are cautioned not to place undue reliance on the forward-looking statements included herein or that may be made elsewhere from time to time by, or on behalf of, us. All forward-looking statements are qualified in their entirety by this cautionary statement. 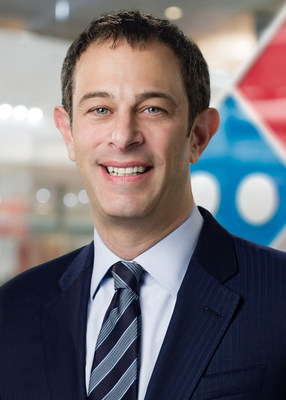