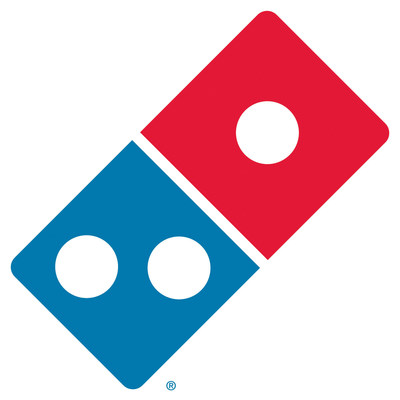 "I am very pleased with our strong global retail sales and store growth momentum during the second quarter, which demonstrated the power of our investments in innovation, our focus on food quality and superior service, and our dynamic franchisees who are dedicated to serving their local neighborhoods," said , Domino's Chief Executive Officer. "Given our current operating environment, we are watching our two-year sales trends anchored to pre-Covid fiscal 2019 results.  I am pleased that in the second quarter our cumulative two-year same stores sales were up 19.6% domestically and 15.2% internationally, signifying meaningful and sustained growth."

In connection with the Company's recapitalization transaction, as further discussed below, the Company borrowed , and used a portion of the proceeds to repay its remaining debt under its 2017 five-year fixed rate and 2017 five-year floating rate notes. The Company also entered into a accelerated share repurchase agreement (the "ASR Agreement") with a counterparty, which was completed subsequent to the end of the second quarter. In connection with the ASR Agreement, the Company received and retired a total of 2,250,786 shares of its common stock at an average price of , including 2,012,596 shares of its common stock received and retired during the second quarter.

Also on , the Company's Board of Directors declared a per share quarterly dividend on its outstanding common stock for shareholders of record as of to be paid on .

The table below outlines certain statistical measures utilized by the Company to analyze its performance (unaudited). Refer to Comments on Regulation G below for additional details.

A portion of proceeds from the 2021 Recapitalization was used to repay the remaining in outstanding principal under the Company's then-outstanding 2017 five-year floating rate notes and in outstanding principal under the Company's 2017 five-year fixed rate notes. The proceeds were also used to pre-fund a portion of the interest payable on the 2021 Notes and pay transaction fees and expenses. The remaining proceeds were used for general corporate purposes, which primarily included entering into the ASR Agreement, which was completed subsequent to the end of the second quarter. In connection with the ASR Agreement, the Company received and retired a total of 2,250,786 shares of its common stock at an average price of , including 2,012,596 shares of its common stock received and retired during the second quarter.

In connection with the 2021 Recapitalization, the Company incurred certain expenses that are outlined in the Financial Results Comparability section below. Additionally, the Company capitalized of debt issuance costs, which are being amortized into interest expense over the expected terms of the 2021 Notes.

Financial results for the Company can be significantly affected by changes in its capital structure, its effective tax rate, adoption of new accounting pronouncements, store portfolio changes, calendar timing and other factors. The Company's recapitalization transactions have historically resulted in higher net interest expense due primarily to higher net debt levels, as well as the amortization of debt issuance costs associated with the repayment of certain of the Company's notes. Additionally, repurchases and retirements of shares of the Company's common stock pursuant to its share repurchase programs have historically reduced its weighted average diluted shares outstanding.

In addition to the above factors impacting comparability, the table below presents certain other items that affect comparability between the Company's 2021 and 2020 financial results (unaudited). Management believes that including such information is critical to an understanding of the Company's financial results for the second quarter and two fiscal quarters of 2021 as compared to the same periods in 2020. Refer to the Comments on Regulation G section below for additional details.

During the second quarter of 2021, the Company repurchased and retired 2,012,596 shares of its common stock as part of the ASR Agreement, described in additional detail above.

As of , the Company had approximately:

The Company uses "Diluted EPS, as adjusted," which is calculated as reported diluted EPS, adjusted for the items that affect comparability to the prior year periods. The most directly comparable financial measure calculated and presented in accordance with GAAP is diluted EPS. The Company believes that the diluted EPS, as adjusted, measure is important and useful to investors and other interested persons and that such persons benefit from having a consistent basis for comparison between reporting periods. The Company uses diluted EPS, as adjusted, internally to evaluate operating performance, to evaluate itself against its peers and in long-range planning. Additionally, the Company believes that analysts covering the Company's stock performance generally eliminate these items affecting comparability when preparing their financial models, when determining their published EPS estimates and when benchmarking the Company against its competitors.

The Company uses "Free cash flow," which is calculated as net cash provided by operating activities, less capital expenditures, both as reported under GAAP. The Company believes that the free cash flow measure is important to investors and other interested persons, and that such persons benefit from having a measure which communicates how much cash flow is available for working capital needs or to be used for repurchasing debt, making acquisitions, repurchasing common stock or paying dividends.

Founded in 1960, is the largest pizza company in the world based on retail sales, with a significant business in both delivery and carryout pizza. It ranks among the world's top public restaurant brands with a global enterprise of more than 18,000 stores in over 90 markets. Domino's had global retail sales of over in 2020, with nearly in the and over internationally. In the second quarter of 2021, Domino's had global retail sales of over , with over in the and over internationally. Its system is comprised of independent franchise owners who accounted for 98% of Domino's stores as of the end of the second quarter of 2021. Emphasis on technology innovation helped Domino's achieve more than half of all global retail sales in 2020 from digital channels. In the , Domino's generated more than 70% of sales in 2020 via digital channels and has developed several innovative ordering platforms, including those for Google Home, Facebook Messenger, Apple Watch, Amazon Echo, Twitter and more. In 2019, Domino's announced a partnership with Nuro to further its exploration and testing of autonomous pizza delivery. In mid-2020, Domino's launched a new way to order contactless carryout nationwide – via Domino's Carside Delivery®, which customers can choose when placing a prepaid online order.

This press release contains various forward-looking statements about the Company within the meaning of the Private Securities Litigation Reform Act of 1995 (the "Act") that are based on current management expectations that involve substantial risks and uncertainties which could cause actual results to differ materially from the results expressed in, or implied by, these forward-looking statements. The following cautionary statements are being made pursuant to the provisions of the Act and with the intention of obtaining the benefits of the "safe harbor" provisions of the Act. You can identify forward-looking statements by the use of words such as "anticipates," "believes," "could," "should," "estimates," "expects," "intends," "may," "will," "plans," "predicts," "projects," "seeks," "approximately," "potential," "outlook" and similar terms and phrases that concern our strategy, plans or intentions, including references to assumptions. These forward-looking statements address various matters including information concerning future results of operations and business strategy, our anticipated profitability, estimates in same store sales growth, the growth of our and international business, our ability to service our indebtedness, our future cash flows, our operating performance, trends in our business and other descriptions of future events reflect the Company's expectations based upon currently available information and data. While we believe these expectations and projections are based on reasonable assumptions, such forward-looking statements are inherently subject to risks, uncertainties and assumptions. Important factors that could cause actual results to differ materially from our expectations are more fully described in our filings with the , including under the section headed "Risk Factors" in our Annual Report on Form 10-K for the fiscal year ended . Actual results may differ materially from those expressed or implied in the forward-looking statements as a result of various factors, including but not limited to: our substantial increased indebtedness as a result of our recapitalization transactions and our ability to incur additional indebtedness or refinance or renegotiate key terms of that indebtedness in the future; the impact a downgrade in our credit rating may have on our business, financial condition and results of operations; our future financial performance and our ability to pay principal and interest on our indebtedness; our ability to manage difficulties associated with or related to the COVID-19 pandemic and the effects of COVID-19 on our business and supply chain; the effectiveness of our advertising, operations and promotional initiatives; the strength of our brand, including our ability to compete in the and internationally in our intensely competitive industry, including the food service and food delivery markets; the impact of social media and other consumer-oriented technologies on our business, brand and reputation; the impact of new or improved technologies and alternative methods of delivery on consumer behavior; new product, digital ordering and concept developments by us, and other food-industry competitors; our ability to maintain good relationships with and attract new franchisees, and franchisees' ability to successfully manage their operations without negatively impacting our royalty payments and fees or our brand's reputation; our ability to successfully implement cost-saving strategies; our ability and that of our franchisees to successfully operate in the current and future credit environment; changes in the level of consumer spending given general economic conditions, including interest rates, energy prices and consumer confidence; our ability and that of our franchisees to open new restaurants and keep existing restaurants in operation; changes in operating expenses resulting from changes in prices of food (particularly cheese), fuel and other commodity costs, labor, utilities, insurance, employee benefits and other operating costs; the impact that widespread illness, health epidemics or general health concerns, severe weather conditions and natural disasters may have on our business and the economies of the countries where we operate; changes in foreign currency exchange rates; changes in income tax rates; our ability to retain or replace our executive officers and other key members of management and our ability to adequately staff our stores and supply chain centers with qualified personnel; our ability to find and/or retain suitable real estate for our stores and supply chain centers; changes in government legislation and regulations, including changes in laws and regulations regarding information privacy, payment methods consumer protection and social media; adverse legal judgments or settlements; food-borne illness or contamination of products; data breaches, power loss, technological failures, user error or other cyber risks threatening us or our franchisees; the effect of war, terrorism, catastrophic events or climate change; our ability to pay dividends and repurchase shares; changes in consumer tastes, spending and traffic patterns and demographic trends; actions by activist investors; changes in accounting policies; and adequacy of our insurance coverage. In light of these risks, uncertainties and assumptions, the forward-looking events discussed in this press release might not occur. All forward-looking statements speak only as of the date of this press release and should be evaluated with an understanding of their inherent uncertainty. Except as required under federal securities laws and the rules and regulations of the , or other applicable law, we will not undertake, and specifically disclaim, any obligation to publicly update or revise any forward-looking statements to reflect events or circumstances arising after the date of this press release, whether as a result of new information, future events or otherwise. You are cautioned not to place undue reliance on the forward-looking statements included in this press release or that may be made elsewhere from time to time by, or on behalf of, us. All forward-looking statements attributable to us are expressly qualified by these cautionary statements.